A downloadable game for Windows

In UNI you will have for goal to unite as much dudes as you can, because there should be ONLY ONE GROUP.

The only button you need to play is the left mouse button, not planned but hey, there's only one

You should have a screen resolution of 1920x1080, as apparently the game doesn't really scale properly for bigger or smaller resolutions, again, only one resolution is properly working

Maybe i shouldn't brag about those things...

UNI - HOW TO PLAY

First, you are presented groups, each group has it's opinion, but you can't know which until you try and find out by trying to recuit them. [screenshot 1]

When you start a discussion, you have the choice between the four ways to talk them into being recruited by you, by holding the buttons you charge your discussion, if successful the persuasion will work better, but it is harder to complete.

On releasing you are launched into a minigame, you have 30s to complete it.

IMPORTANT : note that a simple click on the button will bring almost no points, the bar represent a percentage, in the minigame you have a progression percentage, you have to get a superior or equal in order not to lose.  [screenshot 2]

IMPORTANT 2 : you have to listen to the sounds after a minigame as it is the only way to know if the group likes the theme you choose or not

Here are the descriptions of the minigame's rules :

You must prove you're logic in your arguments, it should feel like solving a puzzle, and that's what you gotta do.

Rotate by left clicking the tiles to connect as much dots as possible.  [screenshot 3]

You should make them feel, and what's easier to feel than fear and terror ? That's right, nothing !

Gain points by murdering as many people as fast as possible, left click to mass murder. Be careful as you lose points with time. Mass murder is about intensity, make murder great again.  [screenshot 4]

Hearsays spreads, but if not enough people spreads it they will stop.

You were going to speak with them but suddenly... Cats. They are so cute. But what's even cuter ? Flying cats ! And just... Imagine... Flying, hugging cats, you gotta listen to someone who show you such a miracle !

Click them to launch them in the sky, flying cats brings points with time. When they collide you have a boost ! Make everyone say "Owwwww", they won't be able to resist you.  [screenshot 6]

If when ending the minigame your score (the percentage) is less than the bar, you lose, otherwise, you start persuading them (the bar at the top fills up), the more the bottom bar was high, the more effective you score is. [screenshot 7]

When it's full you win the dudes and you choose another group to recruit !

Download the file, it's an .zip containing the executable, unzip and launch.

Should work on Windows 10 at least, but it won't work on another platform. 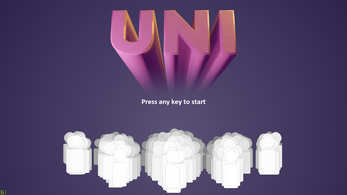 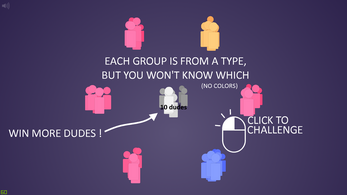 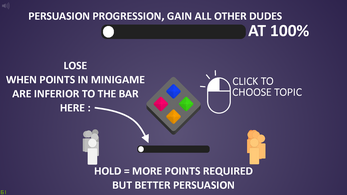 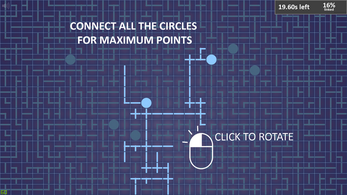 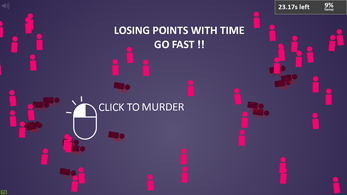 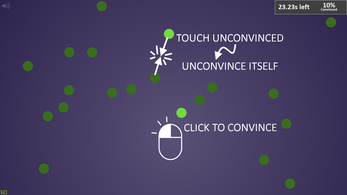 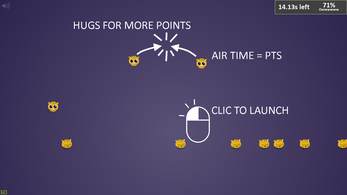 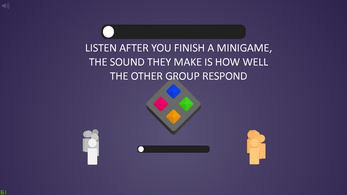